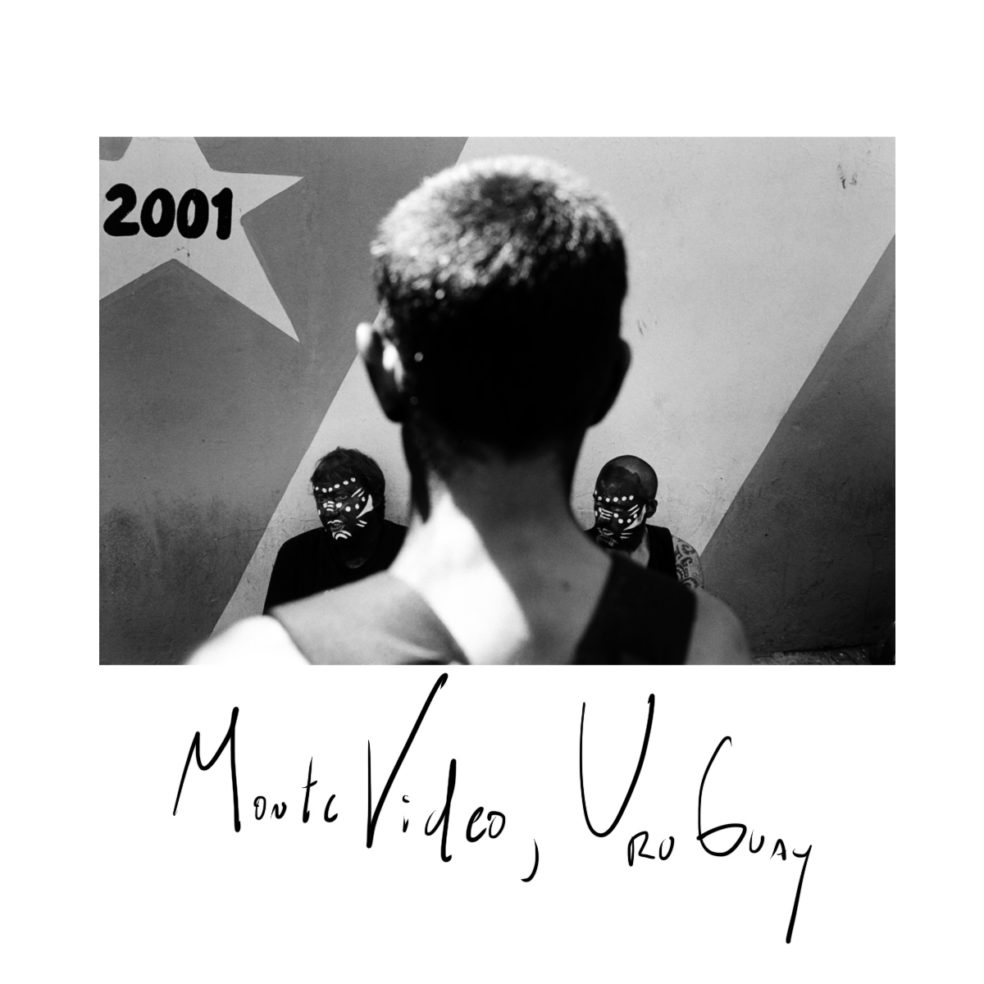 Dear loyal “Followers.” Actually, I don’t like that title, “followers.” I prefer “readers.” More participatory, and you all have an equal voice in this little blog.(In theory)

I had a sinking suspicion this series would be a hit. Why? It’s about actual images. Good, bad, indifferent. What can we do better? What makes a good image? Did I leave the oven on? What’s the fastest land animal?

I’m sticking with Uruguay here because it’s my site and I can. Another image made with a 50mm and TRI-X. This time in hot light, midday during prep time for the LLamadas that would transpire later in the day. Larry, Martin, Diego and myself descend on a gymnasium in Montevideo. We disperse and begin snapping. The crazy thing, thinking about this now, is that this wasn’t that long ago but I don’t remember ANYONE with a mobile phone. Anyway, the gym was surrounded by a large retaining wall. I’d been photographing inside for quite some time and decided to head outside to see what was what even thought the light was total S%$#.

Along the wall sat guys with painted faces, hanging in the shade, which was at least four stops of exposure difference from the hot light of direct sun. I’d typically always hunt backlit pictures during this time of day but instead found myself with a hot foreground and a critical focus area resting in open shade. I had to make a decision. What do I exposure for? So, I chose point of focus exposure, open shade, and just wrote a love letter to the highlights and thought I would kiss them goodbye. Funny thing however. I was shooting….film. And film has amazing latitude for things like this, if processed accordingly, so I actually held some detail in the highlights. (I’m a technical genius.)

The hard part was keeping the man in the foreground centered in the painted lines on the wall, while using a rangefinder…..and as you can see I wasn’t able to do that. Now, it doesn’t wreck the image. I still like the photograph but had I used an slr I would have tried to keep him centered as I’ve shown on the last image here. What works? Did I mention they have really cool face paint? Foreground, midground working to build depth. I was very close to the man in the foreground and because I was so close the depth of field is shallow, keeping him out of focus while compressing the frame. I also like the fact both men in focus are looking the same direction. The backpack straps are lined up with each man, and the dynamic element lines on the wall are keeping a good lateral tension.

What I don’t like? Didn’t center the man in the foreground. And for some reason the 2001 bugs me. I shot this in like..2012 which you would know but I do so it bugs me, and frankly it’s a bit distracting. I don’t know if I was really able to make this image and crop out the 2001 but it’s something I think about. This was a frame I knew I would like the second I saw the parts building in the street. I KNEW my picture was the men against the wall but I needed a foreground, so I waited and “danced” around attempting to create this stacking style of image. It’s a low percentage image and one that often ends in frustration when your foreground never materializes or one of your main subjects gets up and walks away but I lucked out a bit here and got both.