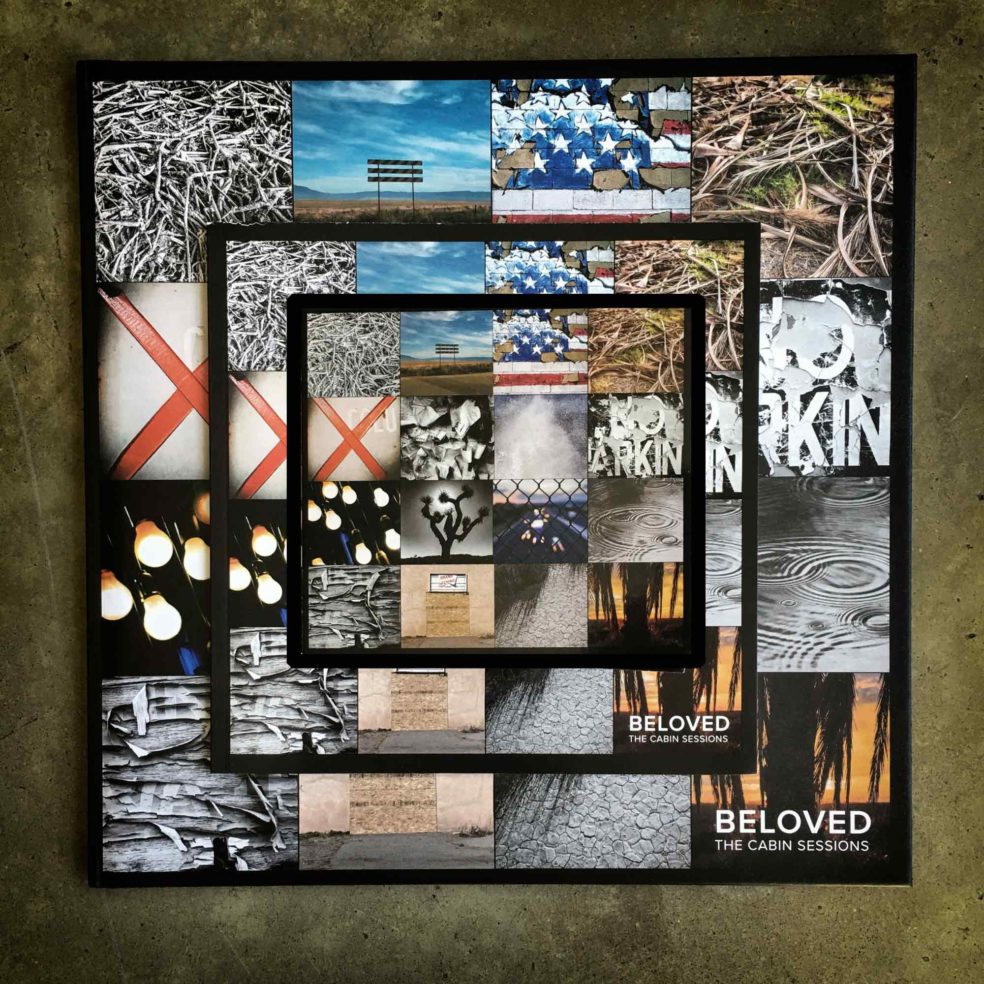 Another great project just came across my door, and one that you readers can learn a lot from. Nick Tauro has been featured on this site before. Nick hails from the ABQ which is quickly becoming Brooklyn West in terms of the city’s participation in fueling the self-publishing fire. Nick has been a project creator and bookmaker for some time now and he continues the tradition with “Beloved: The Cabin Sessions,” a collaboration with his friends in the music business. I’ll let Nick explain what this is.

I’m really excited to announce the imminent release of my next photo publishing project. The soon to be available book is titled “Beloved: The Cabin Sessions.” My good friend David Garcia has assembled a tight and talented circle of New Mexico musicians to help create his first musical release. I am honored that David has asked me to collaborate on all of the visual components for the upcoming release. This includes CD and vinyl LP artwork, which is cool all by itself. The release will also include a book of my photographs, that are combined with the lyrics of David’s amazing songs. We are awaiting the arrival of our deluxe edition 12″ square, hardcover bound book.(The book arrived, see images here.) It contains 54 pages of images and words, and it is the result of a wonderful collaboration between myself and David. He has given me full creative freedom to not only choose the photos, but also to layout the book. My own art is featured prominently throughout, and some of my “behind the scenes” photos of the band’s recording sessions are featured as well. We will have a limited number of the hardcover book for sale, starting at the album release show on February 3rd here in Albuquerque. We are also producing a lower cost, 8″ square, soft cover version of the book, which I will have copies available to purchase on my online shop after the launch gig.

I can’t stress enough the value of print on demand platforms like Blurb and MagCloud. They have allowed me to create this amazing project, with David’s help, in a very timely and cost effective manner. The quality of the printed pieces, especially the hardcover book, are impressive. We took inspiration from an “art” book Wilco released a few years back. The idea was to have my photographs match tangentially to David’s lyrics. There is so much common ground between his words and my images. The American West, the long lonely highways, dreams of hope, and the realities of loss… all factor into the resulting book. The cover design is also a nod to U2’s “Achtung Baby” album, which might go without saying if you are familiar with that iconic album.
The power of collaborating with like-minded creatives, regardless of their area of expression, cannot be stressed enough. Sometimes we need to crawl from our solitary creative cocoon to produce our art. The sum is indeed greater than the parts.

1. Doing collaborations add complexity and there are plenty of reasons to quit or pick something less sticky, but they didn’t quit.
2. The project lives in multiple formats at multiple prices. Smart.
3. The project blends sound and print. Smart.
4. There is a strategic plan for how many books are made and what is going to happen with those books. Smart.
5. Nick gives credit to the prior works and projects that influenced him, showing a knowledge of the world outside of Nick’s personal world.(I should not have to include this but in the age of Instagram I feel I need to.)
6. The project has local ties. So many of us think we have to travel to exotic locations to do good work, but this project illustrates that is simply not the case.

Again, great job Nick and all others involved in this baby.