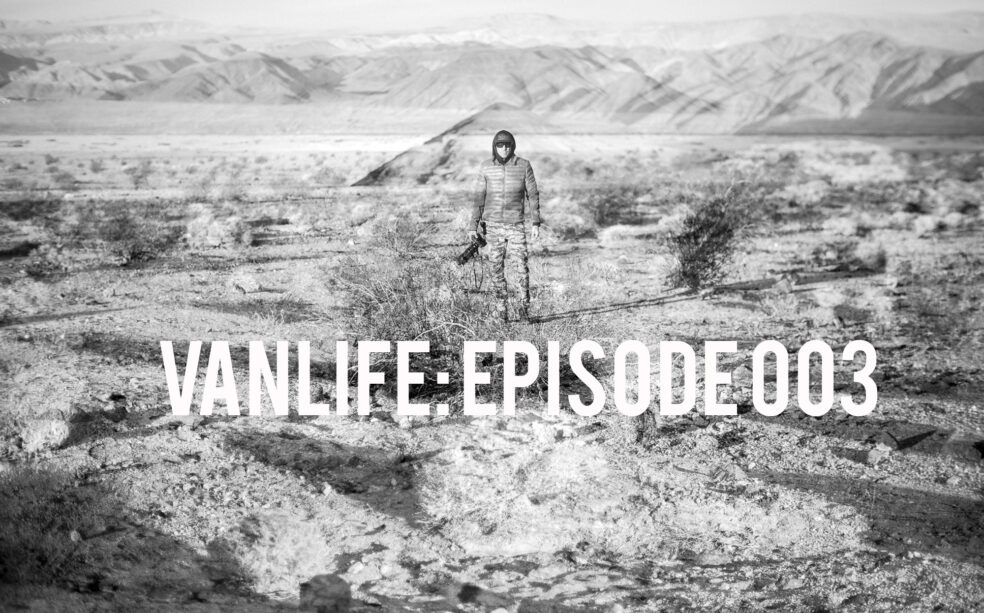 My brother-in-law cut my hair. He has no formal training. I have to temper my expectations. With very limited creative time I can sometimes trick myself into thinking I can do more than I actually can. This recent road trip was a perfect example.

3000 miles. Almost exactly. This means I had LONG, 800 miles days followed by multi-day stretches of sitting in the van and doing my “normal” work. This trip was comprised of three segments. The first two were about work. The daily stuff. Conference calls, spreadsheets, emails, etc. The final segment was where things got interesting, at least to some degree.

The job required me to take three days off. So I did. The goal was three days shooting and writing on a project I’ve been working on for over two years. This is where the plan began to derail. The first issue…wind. As we left Northern California we were caught in the first major winter storm of the year and as we descended the backside of the coastal mountains we found ourselves in 60-mph winds with gusts even higher. We watched power lines fall, fences, signs. The air was filled with debris. We took shelter behind a casino and road it out through the night. This put me twelve hours behind schedule.

Then came the rest of the drive. LONG. And then came the reality that one aspect of my project is like finding a needle in a haystack, the second part is about nature and is based on season, temperature and migration patterns and the final part is written and is FAR more difficult than anything I’ve ever done. So, what I should have done is be thankful for whatever scraps I could muster during what ended up being a little more than one day of work.

Frustrating? Yes. Atypical? No. This is the story of documentary work. Not always but it is just par for the course when you choose to make pictures of things that are beyond your control. I don’t shoot landscapes, or abandoned buildings. I don’t wander and shoot random things. I don’t shoot street. This particular project is conceptual which is the ONLY reason I can even continue working on it.

My expectations are now tempered. But that is okay. This entire endeavor is selfish. It’s just for me. It’s what I do for fun. The pandemic rages. Perspective people, perspective. The takeaways. I had a blast. I saw a beautiful country. I witnessed the fact that nature always holds the upper hand. I got to see and feel sunrise and sunset. I made a few pictures. I wrote a few words.