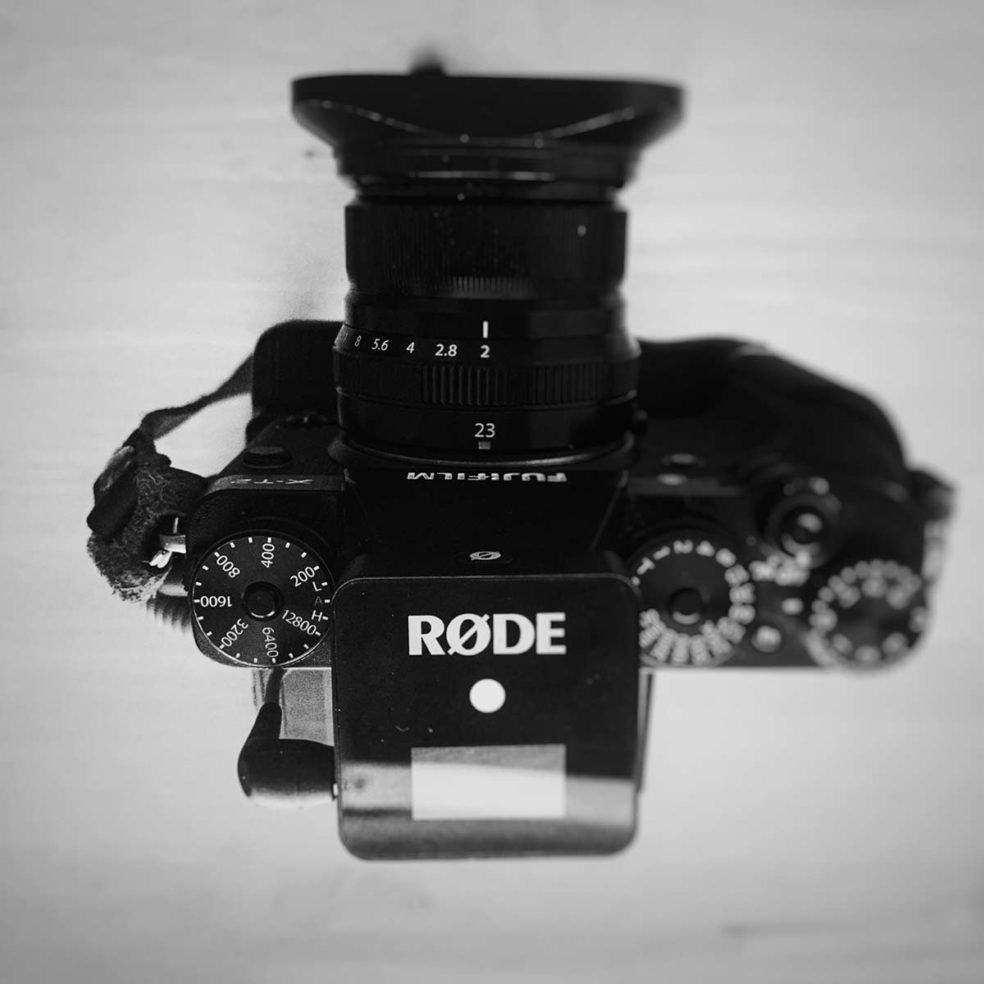 Let me just say before I begin. I don’t really care. I’ll use whatever works, and with my track record around all things electronic, I’m not asking or hoping for much.

But you see I have a need. I need to make short films for work. So, my need is now a need to know, to learn and to accomplish. Now, don’t go thinking I will adopt the title filmmaker and begin to declare that you should worship all things Shifter Flicks. Not by a long shot. By the way, in the film below I have the mic clipped with the body of the mic on the outside so that it would be easier for you to see it. I can clip it inside my shirt if I feel I need to hide it more. Or, I can always use a tiny lav mic and clip the Wireless Go to my belt. Personally, I don’t care what it looks like only that it works.

I watched ONE film about this product before I bought it. Anything else and you are officially down the YouTube rabbit hole where a huge percentage of the population lives. Whether it be fishing gear, camera gear, truck gear or audio gear the rabbit hole waits for no man/woman and will consume you with indecision within a matter of minutes. You know the idiotic pitfalls and clickbait. “Before you buy the Wireless Go….” “Wireless Go Killer.” Or my favorite, “The Wireless Go IS/ISN’T a Gamechanger.” Ever notice how words like “gamechanger” get sucked into the vernacular of the online world and then every single person is using it endlessly. It’s my new least favorite word. (I still use it too.)

I bought the Wireless Go because someone a lot better at audio recording told me it was a good choice for what I was doing, and the ONE film I watched which had Oscar-worthy production value, motion graphics, lighting, etc. said “This is the best small wireless receiver/transmitter we have used.” That sounded fairly positive.

This isn’t a review. I turned it on and it works. I’ve used it once and will begin to use it a lot more. It’s small, it’s light. It works with a lav mic or acts as a lav mic by itself. It works at huge distances but loses contact without a line of sight. It’s rechargeable. No idea how long the battery will last. Don’t care. Not like I’m making feature films. It may or may not work while riding my bike but I don’t really care about that. I see more voiceover than actual recording while riding. It’s a bit heavy for a t-shirt but works great with a shirt with a collar or buttons. The red cable is a nice touch. If only I had a matching soft-release, strap, socks, and necktie I’d really be ready to rumble.

Stay tuned for an endless barrage of films.