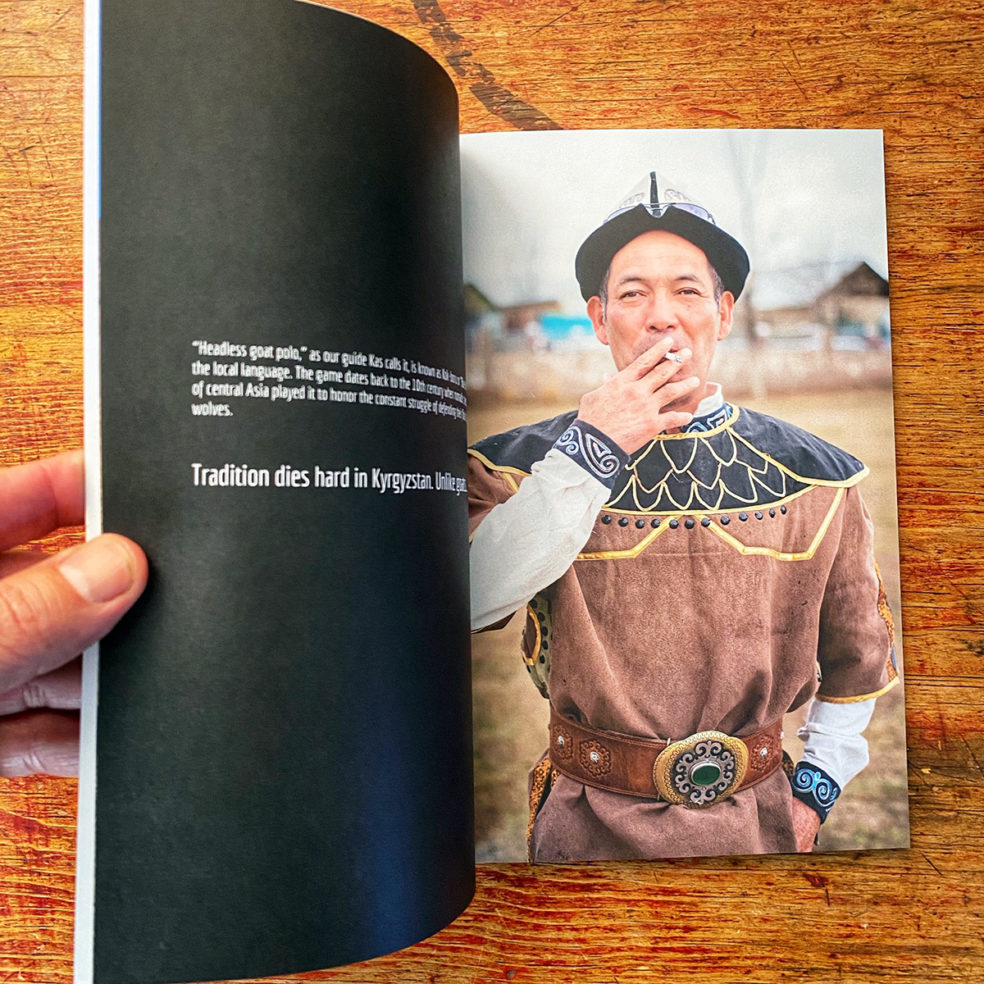 So I gave a talk. It was a captive audience. They were winners and I had a chance to talk at them. A small but potent group. Filmmakers, photographers, writers. You know, creative types. From the far reaches of the planet. Here and there and a few places in between. I spoke about myself, about Blurb and about AG23, amongst other things. One of the folks was Jesse Levine.

A few weeks later I’m away and I get a text from a neighbor. “You have a package on your front porch.” Where I live things like this might disappear and I thought “I don’t remember ordering anything.” Package safely inside I returned home curious what had been sent my way. Turns out Jesse listened to some of the things I mentioned in my talk. And not only did he listen, but he also acted and this is why I’m writing this post. I’ve said this many, many times before but there is always a reason NOT to do something. Creatives spend massive amounts of time finding reasons NOT to do things but then there are those who go for it.

Jesse sent me a variety of things. First, a thank you note in the form of two postcards printed on paper I had mentioned in my talk. Hahnemuhle Postcard paper with a beautiful black and white image from his award-winning work. Handwritten. A third postcard, blank, for my purposes. But it gets better.

Also included was a Blurb, 6×9, softcover Trade Book from his work in Kyrgyzstan. Beautifully designed, edited, sequenced, a story encapsulated in print. There was also a gift inside but that was the least important part of the package. Thoughtful, yes, for sure but the entire response is what I want to bring your attention to. This is professionalism in all the right ways.

On the surface, you might not think a filmmaker and a printing platform have anything in common but that is simply not the case. They do and Jesse proved it. He also made me stop everything else I was doing and take his work into consideration. That is the power of print and the power of reaching out in a thoughtful and professional way. Since receiving the package we’ve been able to talk on the telephone and learn a bit more about each other.

In the age of Instagram, email and the emotionless, electronic missive there is a strange yet strong place for print and tactile communication. If you haven’t yet dipped your toe in the world of print communication, do yourself a favor and have a go.