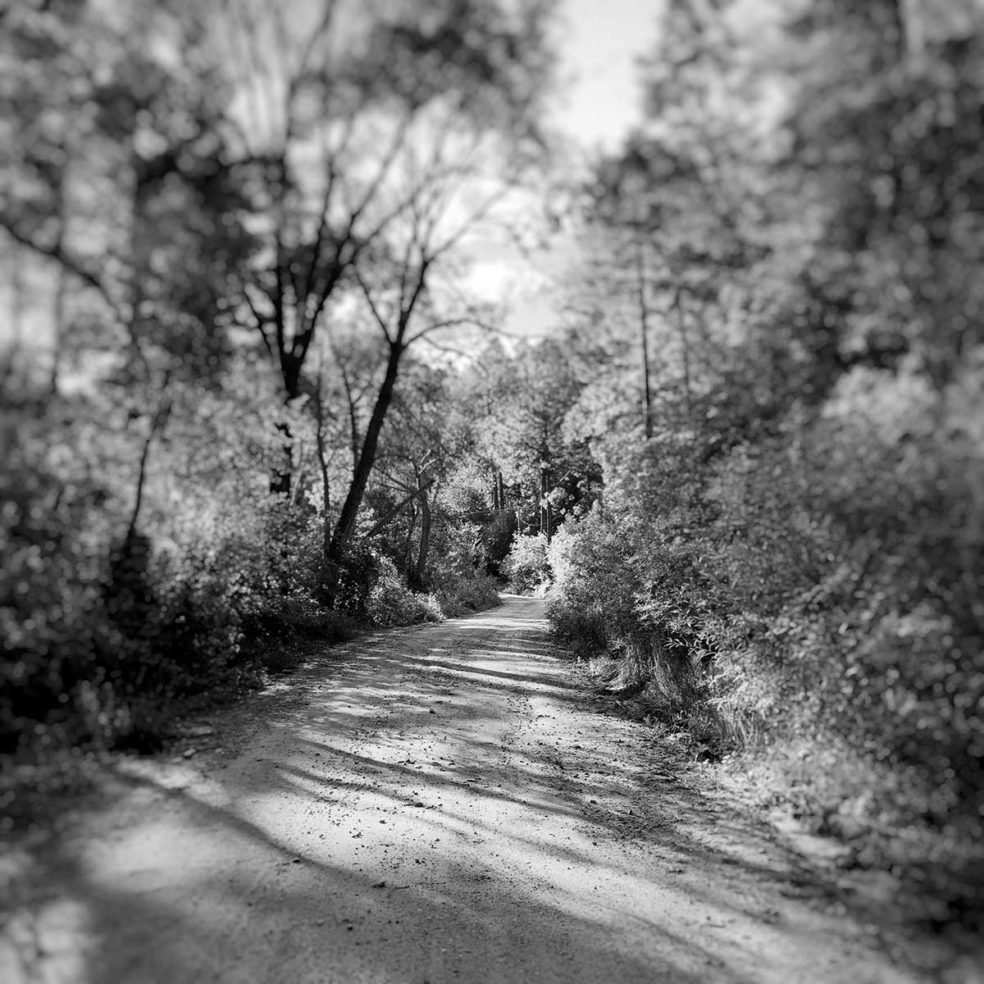 I ran from a bull, cut my leg, climbed 5000 feet of vertical gain and somehow managed to get pseudo-lost in the backcountry. All on one ride. This, my friends, is why we do the thing we do, and why this post could have easily fallen into the “Adventure” category. Or, if I had a “Stupidity” tab this post could have also found another warm and cozy home.

I left a friend’s house early and headed north up and through the village of Tesuque. Up and past the Four Seasons Resort, a place I have not set foot at this point. The road quickly turns to dirt and the path pitches up at varying levels of grade. I know I have roughly eight straight miles of climbing ahead. My rear derailer is acting up and the bike does not want to stay in first gear, with each bump the chain drops down into second and my legs scream with the effort to keep the pedals turning.

The road varies from beautiful, perfect, hardpack to steep, loose, and rocky with deep washouts from the recent rain. These deep sections are the tricky part. I need to keep my momentum to carry across, the bike veering wildly as my 40mm tires cut through looking for traction that isn’t there.

I pass a woman coming from the opposite direction, on foot. “A whole lot of cows coming this way,” she says. Cows. Hmm, hadn’t thought of beef. I continue until my path is blocked by an Angus roadblock. I get off the bike and walk through the herd, slowly. The road is narrow with a steep cliff to the north and a steep dropoff to the south. The cows and I come to a mutual agreement of peace and love. As I’m clearing the herd a cyclist comes up behind me. He is FLYING. And he’s riding, somehow, on 28mm tires, his helmet tied to his bars and not on his melon. “Thanks for clearing,” he says as he disappears into the void.

Just out of curiosity I go full gas to try and catch him. I gain for about a minute and then he just pulls away. Yes, he’s on a $10,000 bike but he’s just faster, stronger and more skilled than I. I’m not sure he ever saw the bulls. Two, enormous, Angus bulls hidden in the trees on the far edge of the narrow road. The cyclist alerts them to our presence but is beyond them before they can get riled. But I’m the perfect fodder. The first bull sees me and the head lowers, the right hoof comes up, the prototypical “I’m about to straight-up murder your ass,” in bull speak. I drop by bike and scramble up the hillside where one lone tree provides a buffer. Then something funny happens. A thousand pounds of angry beef takes one look at my bike and gets scared. And then the second bull appears, like twins, and they both become scared by the bike and flee. Who says bikers aren’t tough?

One of the things I love about this place is the details or lack thereof. There are no signs, at least any facing my direction, so I blow past my turn and continue straight up into the mountains until I come to a dead end. Because I’m an idiot I check my GPS which shows me in the middle of the forest. No roads. Only on the backtrack do a see a sign buried in the weeds.

Soon I smell campfires and begin to see massive camping compounds. Families with two 4×4’s, two massive RV’s, tents that could sleep ten people, tents with television, generators, full-on BBQ grills, all at ONE campsite. It’s like camping with your house and every item you have ever purchased in your life. Down the road, a young girl camping in her van. Subarus with ground tents and locals on dirt bikes ripping the back roads. And the sound. The sound of saws running at high speed. Chopping down and up the fresh beetle kill and storm damage blocking trail. The sounds of summer. And for me like nails on a chalkboard.

The dirt ends and pavement begins. Up, up and up until I’m at Ski Santa Fe. 10,138 feet in elevation, sunny, cool and loaded with people, more than I’ve seen at any time. Absolute trains of high school kids in multiday packs, trail runners prepping for battle and loads of tourists unfit for any kind of physical movement other than attacking a buffet. But they are here, they are out here and they are experiencing nature. And that is their right and something I’m GLAD is happening. It just feels jarring at times. The intersection of humanity and nature isn’t always pretty.

“Did you ride up here on that thing,” someone asks. “Yep, but now I get to ride down.” What took me over two hours to ride up takes just minutes to get down. I hover between 40-45mph on the descent, and the Salsa is rock steady. I would break fifty were it not for the massive, box-like RV clogging up the road, the smell of burning brakes filling my dusty nostrils.

So why do this? Was this an enjoyable ride? It was actually, very much so. The morning was cool, the light perfect and the scenery top notch. But a ride like this, for me, is a challenge. I knew I could make it but how would I feel and would I suffer post-ride with a Lyme flareup or just intense fatigue?

I’m happy to report, neither. But I don’t think most people want to work that hard on a bicycle. I get that. I think most people would have enjoyed parts of this ride, and that’s enough. You could drive to the bottom of the canyon, ride the dirt up then turn around and ride it back down to your vehicle. And your vehicle might be on the only vehicle you encounter the entire ride. And you get views of the river and stunning forest. My point is you do what you can do and what you want to do, and if you are like me and want to test yourself then test wisely. Food, water, spare parts and a 12-gauge pump for random livestock.

A few stats if you are curious.