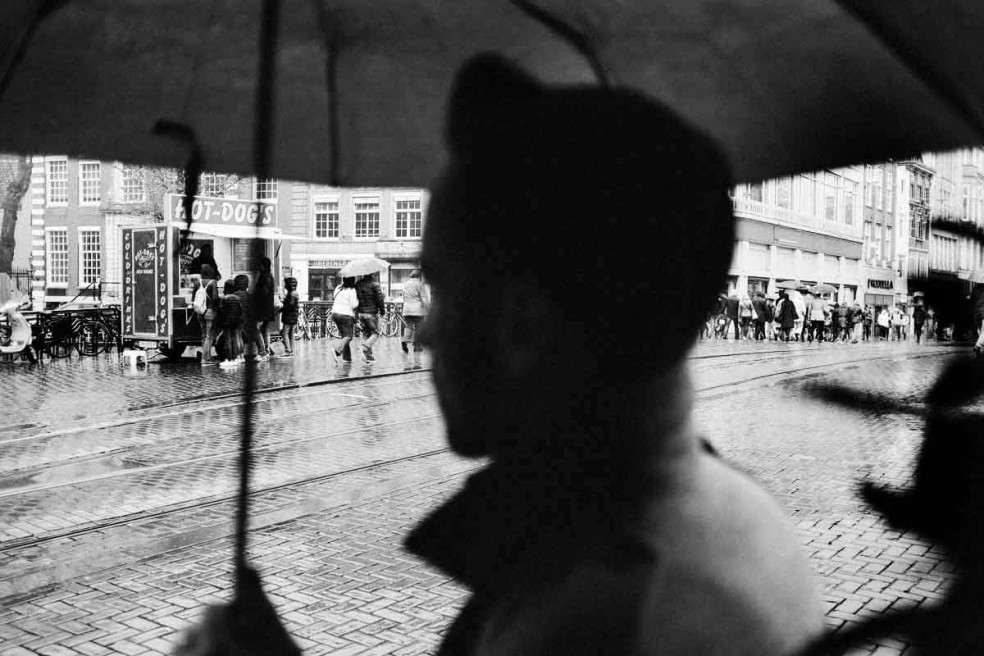 An early morning start with rain and a low ceiling, weather that felt like it was supposed to feel this time of year at this point on the map. We worked with Creative Mornings, a lecture series that is now taking place in several cities around the world. The lecture of the day was by Mark van der Heijden who is the co-founder of Wanderbrief which describes itself as “Wanderbrief is a global community where people can exchange their creative skills for meaningful work-life experiences abroad.” Meeting with young creatives is always interesting because each generation sees the world in a unique way, so often times these are the people inventing the visuals that will guide cultures and peoples into the next version of the world. It’s also fun because most of these people are very much invested in print, so when we show things like the PDF to Book and magazine format they typically respond favorably. After it was back into the city, walking in the rain, changing flights, packing, shipping books and getting ready to move on to the next city. I’ve been going a bit crazy because my colleague Kent has been using his Polaroid and Impossible film packs to make some great images. He’s very good with this stuff and knows the tricks to make it shine. He’s also working with an old Pentax 110 camera. Analog. I’m really missing the addition of the tangible and the immediacy of instant film, especially when it comes to the journal. Going to revisit this when I return.

Amsterdam is a very cool place, but not a place that I would describe as a location I would go to make photographs. I don’t shoot architecture, urban scapes, canals etc., so it’s not MY visual epicenter, but it’s still great to be here. I need more space, as I’ve mentioned before. And dust. And dirt.