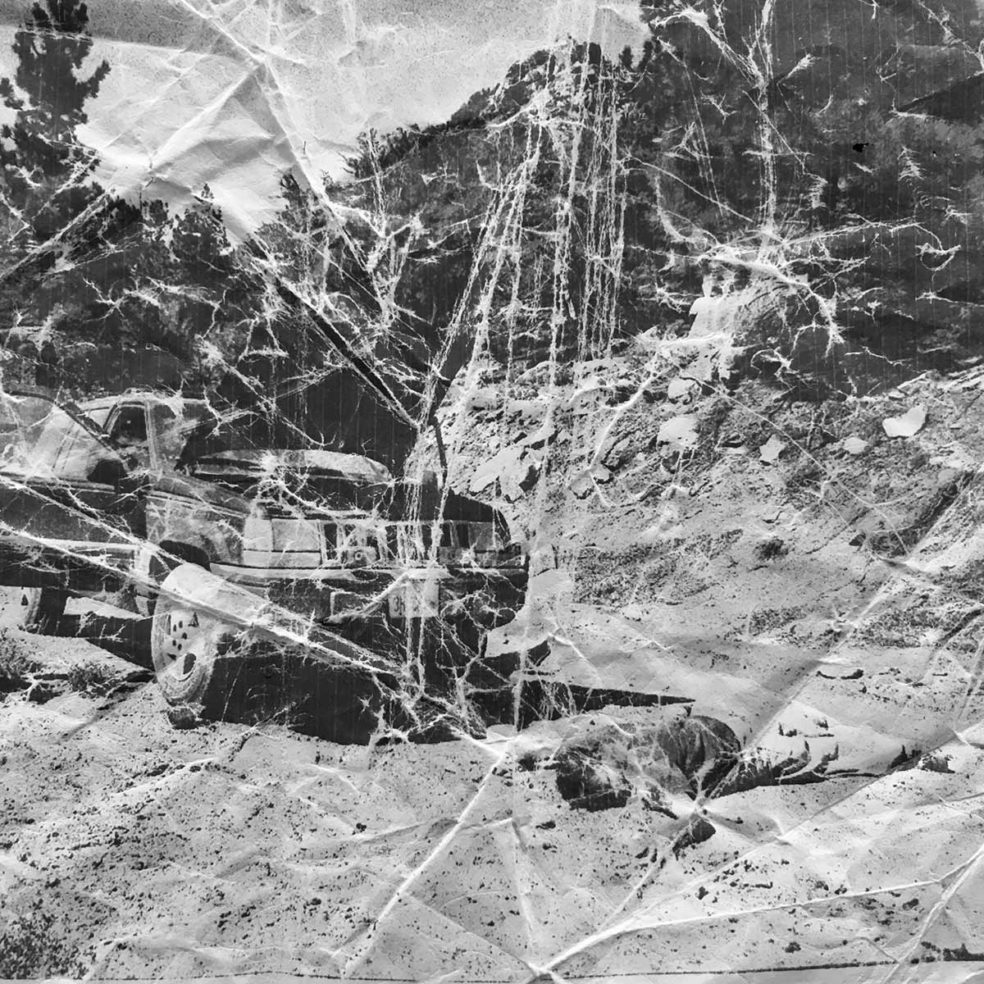 Joe was one of the first people I met in California. He was living in a second floor apartment in Newport Beach, raising newts. He and my wife had worked together at the PX Camera and Appliance in the early 1980’s, so when I first landed in SoCal she introduced us. Joe hailed from Illinois but had been in California a long while. A designer by trade but with a long history and knowledge of photography. We became friends.

At the time, Joe was spending many of his weekends up north, near Mono Lake, where he had good pals and a place to camp. Joe drove a Jeep, and this is where our story begins.

I’m not sure the year or the model number but it was a Jeep. Cherokee maybe. Over the years Joe put many, many k’s on this thing and before long it was nearing the 200,000 mile mark. The truck started to experience that familiar barrage of small things going wrong. A window here, a door there, a broken washer pump. You know the drill. What happens with long, hard miles. But the engine was sound so he kept it going.

Joe lived in a canyon near Laguna, a place where on a given day you might see coyotes, wild dogs, snakes, a few hobos, etc. One day Joe goes out to the trusty Jeep, starts her up and hits the windshield wiper squirter. Nothing. Nada. Just the whirl of the tiny motor but no water. Hmmm. So, he takes her down to the trusty Midas shop and asks “Hey, what gives?” Mechanic pops the hood, peers around and the two of them stare down into the heart of the beast. Suddenly, out of the corner of their eyes they see movement. Something scurries from one side of the engine compartment to the other. “Hey,” the mechanic says. “You have a rat living in your engine.”

The rat, who will remain nameless, had eaten through much of the wiring, so Joe made a plan to leave the Jeep. The mechanic was confident they would undertake a seek and destroy mission to dispose of the rodent, so Joe handed over the keys and began the long walk home. A few days later he gets a call and returns to the shop where he sees the ENTIRE front end of his vehicle parted out on the ground. From the dash forward the Jeep has been dismantled and laid out, part by part, on the expensive Laguna landscape. Only one problem. No rat.

The mechanic explained their tactics but admits the rat is long gone. A day later the Jeep has been reassembled and Joe goes to pick it up. On the keychain, in pen on a small white tag, are the words “Rat Mobile.”

Several days later Joe and I decide to make a run north to Mono. Up the 395, Sierras to the west and open range to the east. We felt good, cocky almost, as the Jeep had just been taken apart, sewn back up and surely had to be in top shape. Or so we thought.

Beginning the climb to Lee Vining the temperature gauge began to rise. We pulled over, crawled under and quickly saw the dreaded drops of coolant hitting the pavement. There were lots of things in the Jeep. Camping supplies, camera equipment, wine, almonds, you know..the essentials. But no coolant. We topped off with water and aimed for the mechanic in Lee Vining.

As we began the massive climb Joe turned on the vent and we were greeted with the great roaring stench of death. The rat was clearly still in the picture, dead and being roasted somewhere in the engine compartment. The only thing missing was fur through the vents. Imagine a portable toilet left in the sun then submerged in toxic waste and you begin to understand the quality of smell. We had to keep the vents open to keep the car from overheating, so there was no escaping we were in for a long haul. Joe being the talented guy he is managed to snap off a frame of me in the passenger seat.

The story has a happy ending. A new radiator was ordered. We waited two extra days in Lee Vining drinking, hiking, photographing a dead bear floating in Mono Lake, getting eaten alive by bugs and eating ice cream at Mono Cone.

When the truck was repaired the mechanic, someone with few social skills who clearly detested yuppie scum from SoCal, said “Don’t ever come back here in that truck again.” And we never did.