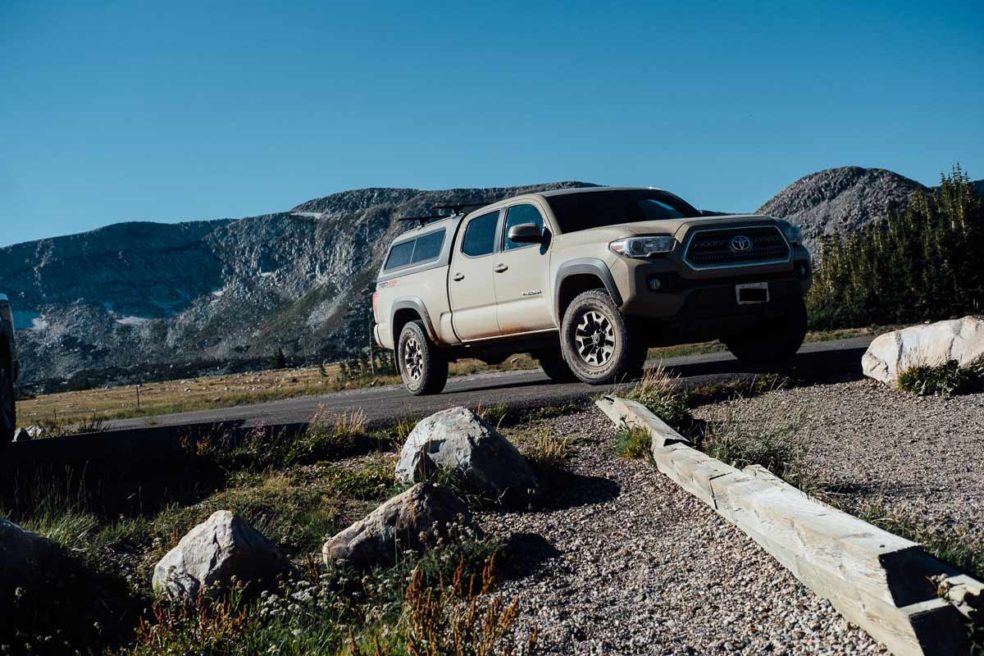 As many of you know, I had a six-month saga with Subaru that did not end well. Oddly enough there are things about the Subie I miss, but the truth is that baby is long gone. Bought back by Subaru after an “unfixable” issue. Whew. So I bought a Toyota Tacoma, TRD-Off-Road, four door 4×4, long bed. This is not my first Tacoma. Well, it is because my last Toyota pickup was a 1992 which was prior to them being named the “Tacoma.” That older truck was awesome, and for all I know it’s still out there. I put 100,000+ miles on it then gave it to my brother who put another 100,000 it. The Tacoma, historically, is one of the most dependable vehicles of all time. So when it came to getting the 2017 I didn’t hesitate. I did however look long and hard at used Tacoma’s but the problem is they actually do not go down in value. In fact, I found several 1-2 year old models that were more expensive than the 2017. 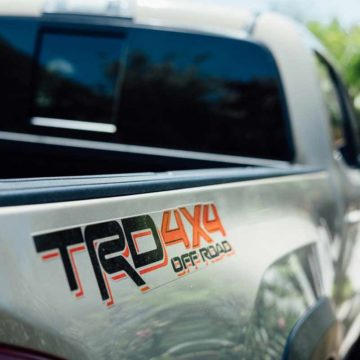 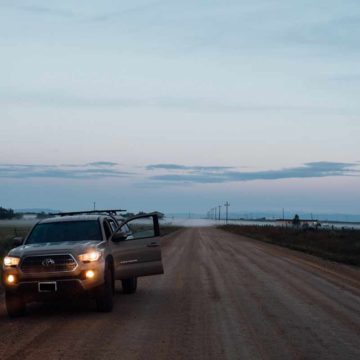 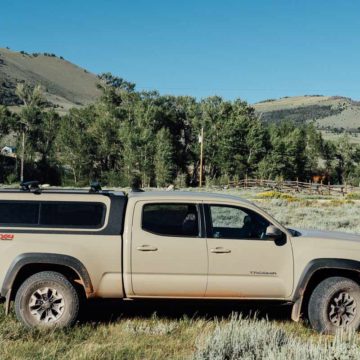 The TRD Off Road has an upgraded suspension, but still might go away as I begin to upgrade the truck. I’ve probably driven 250 miles of solid, off road miles so far, which in the grand scheme is not that much, but these miles-mostly in Wyoming-were a good test. And I have to say, this baby was unreal off road. Deep mud, twisting off camber tracks, hills and slow and rocky stretches. One section of New Mexico was so rocky and rough it took me about an hour to navigate three miles. Phase one of the upgrades will begin soon, and I’ve got plans to do a Dispatch interview with the company who is doing the work. Sliders, skids, lights, bumpers are scheduled for round one. These might seem like major upgrades but in the truck world they aren’t that out of the ordinary. If you spend anytime in remote, 4×4 areas things like skid plates and sliders are essentials. The bumpers help with approach and departure angles and offer far more protection than the stock bumpers which are PLASTIC. Yes, plastic. And, I’m often in areas with massive deer populations, which means the reality of drilling one of these babies is not only within reason it’s actually quite likely. My sister, brother and father have all hit deer, and even a small whitetail will total a vehicle. The lights, well, when you are in the middle of nowhere it’s nice to be able to brighten things up. Future build upgrades include extra gas containers, water containers, potentially that suspension upgrade I mentioned…and……a supercharger which will increase my horsepower by over 200+. This truck is a tool to get me where I want to be so that I can launch my hikes, bikes, rods and reels and general exploration needs. I want to see the remote parts of the country before they go away. I did NOT buy this truck to specifically go four wheeling. I have no intention of rock crawling or doing extreme off road driving. If I’m in those areas I’d rather be on my bike, or on foot. I’ll drive whatever it is to get me where I need to be but that’s all. Eventually my aim is to get a van but that’s when life takes it’s next turn.

A few quick takes on the Tacoma in general.

1. It’s a blunt instrument. I would not call this truck refined, but for what it’s designed for it’s potentially the best option made.
2. A little underpowered. Most noticeable at highway speeds, which is where the supercharger comes in.
3. Shifts A LOT. The 2017 is a 6-speed automatic or manual, and I got the auto. At highway speed the truck is constantly shifting. Toyota has taken a lot of grief over this transmission and I can see them making changes in the near future. I’ve spoken to quite a few people who said “I wanted the truck but can’t stand the transmission.” I’m learning to love it, but it will take some time.
4. I like the size of the truck. The modern Tacoma is far larger than my 1992 model, but it’s not TOO big. I can still drive it and park it around a place like Los Angeles without too much trouble.
5. My mileage has varied from 18mpg, with completely full load doing 75 on the Interstate, to 26mpg driving from Santa Fe to Wyoming on backroads. I’ve done 400 miles on a tank. Not great, not terrible.
6. This truck is so overdue for a diesel it’s not even funny. In the truck world there might be more talk of this single issue than any other issue.
7. This truck has a crawl control feature that is truly remarkable. When off road you can dial in your settings and the truck takes over control of the vehicle. You take your foot off the break and it just goes, slowly of course, but makes micro adjustments that allow the truck to climb, navigate and descend things you can’t possibly imagine. And it works.
8. I bought the long bed because I can sleep in the back without being at an angle. I can also store three bikes inside the camper shell, upright, and still sleep with plenty of room.

One of these days I’ll make some better images, but so far I’m jazzed with this baby.