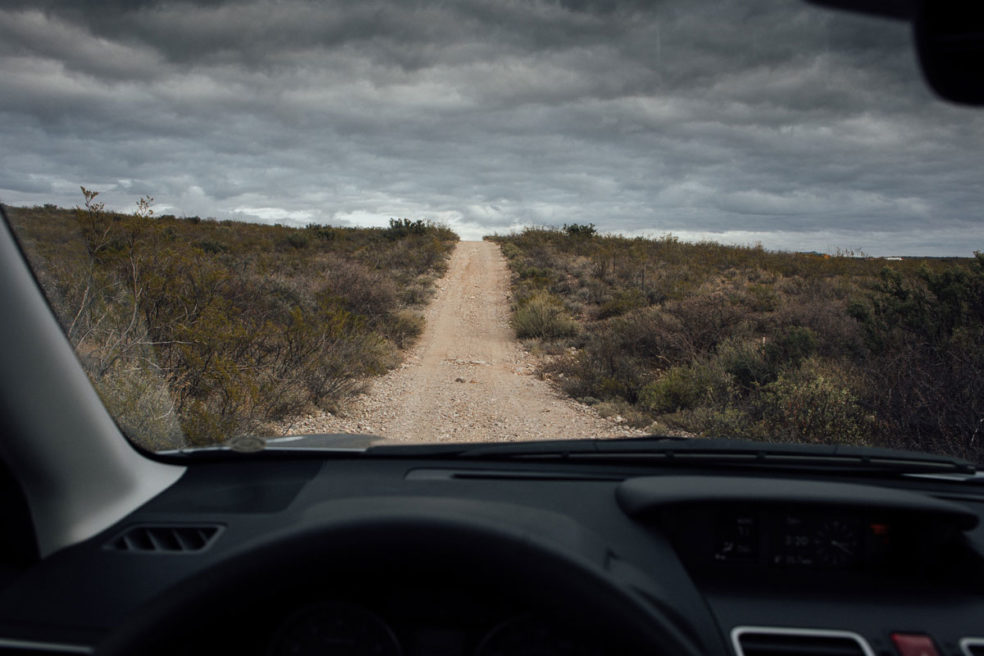 I guess you could call this a gear review. No cameras, or film or software. Just an enormous block of metal and plastic, painted silver and covered in mud. Uncle Danno got a new car. A 2017 Subaru Forester 2.5i Premium, 6-speed manual transmission, symmetrical-all-wheel -drive, compact SUV with 8.7 inches of ground clearance(soon to be more.)

I’m surprised to hear myself say this, but I think the Forester is the best car I’ve ever had.(Not without its issues.) It’s a Forester people. THE most nondescript vehicle in the history of the automotive world. This car comes with a barrage of derogatory nicknames, which I will spare you, but when I bought this car it was not with visions of impressing LA valets, or it’s ability to turn heads. Quite the contrary. I bought this vehicle because I needed it, and frankly there isn’t ANYTHING out there quite like it. 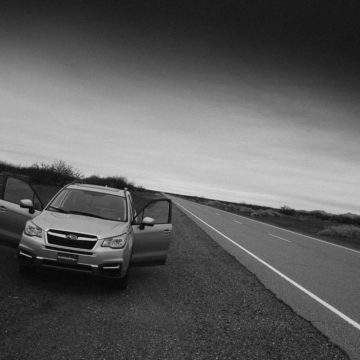 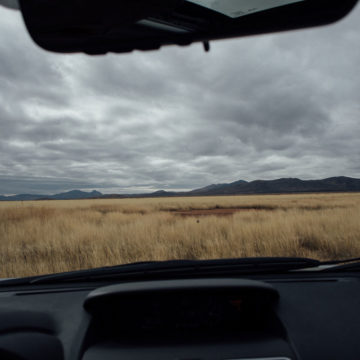 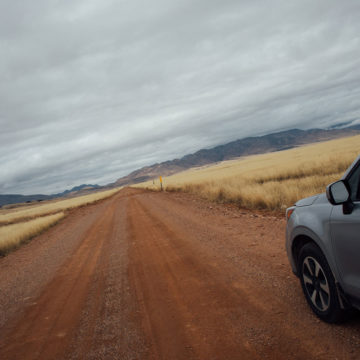 As many of you know, I spend as much time as possible in New Mexico. When my boots land on New Mexican soil I feel a way I don’t feel anywhere else in the world. I can’t explain why, it just is. Much of the state is unpaved, and much of the state gets snow, ice, etc. There are vast sections of the state I have yet to explore because I never had a vehicle that was capable of getting me where I wanted to go, and back. My current car, which still sits in my driveway, is a Volkswagon Jetta TDI, affectionately known as “The Devil Car,” because it was one of the models caught up in the massive diesel emissions scandal. If you don’t know what this is then look it up. It might be the biggest scandal in auto history. Or not. Either way the Jetta is going bye bye.

Before I bought the Subie I looked at everything. Foreign, domestic, etc. Pickup, SUV, wagons, vans and even came close to buying a Sprinter 4×4 which I will own in the next ten years. It was too soon for the van. The new Chevy Colorado Diesel pickup was high on my list but too expensive. The Toyota Tacoma was also high, and will probably forever be high on my list, but will only be in my driveway when I can get this vehicle with a diesel engine. The current Tacoma, to me, has the wrong motor, and the rest of the world has the diesel version(Hi-Lux) which vies with the Landcruiser as the best 4×4 of all time. Toyota needs to solve this diesel issue, which will only come with the help of the US government when they drop the “Banana Tax” and allow the Japanese to import diesels. The SAME policy applies to Subaru. The Forester diesel would have been PERFECT. 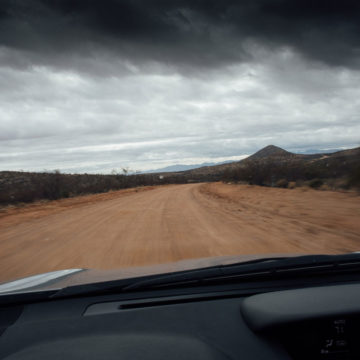 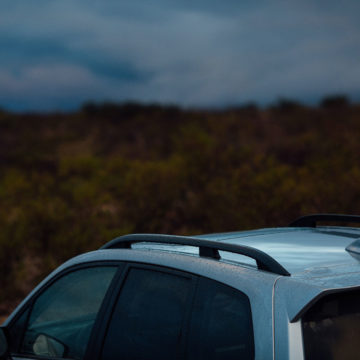 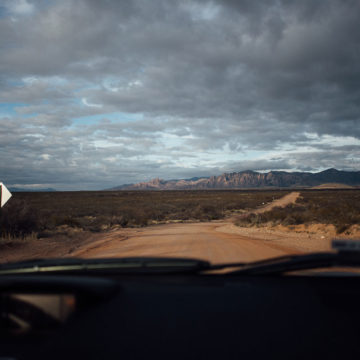 Okay, let’s get to the nuts and bolts.

1. Price. The Forester was “cheap” compared to other options.
2. Visibility. This car has the best visibility of any car I’ve ever been in, and it isn’t even remotely close. You feel like you are in a fishbowl, and when you go back to a “normal” car it feels so dark, small and cramped. The Subie not only has no blind spot it feels like you are OUTSIDE the car when you are driving. The windshield is literally twice as tall as the Jetta.
3. Economy. I just returned from a 3000 mile road trip and averaged 30-35mpg the entire way. At one point, driving through Tucson, I was doing 65mph and getting 40+ mpg. (This is without roof rack, roof box, trailer hitch rack and bikes on the back.)
4. Boxer engine. This engine drives and sounds unlike any other motor I’ve ever driven. The engine sits low in the body so the center of gravity is super low. The engine purrs. (Turn out mine is burning way too much oil at the moment.)
5. Foul weather capability. When I left on my road trip it was typhoon conditions. There were massive wrecks everywhere. At one point the freeway had about 8-inches of standing water. The Subie was ROCK solid. Subaru has what some consider the best all-wheel-drive system in the world. Due to my manual transmission I have 50% of the power going to the front wheels and 50% to the back at all times. None of this two-wheel-drive until a wheel spins stuff. I get power to four wheels all the time. Driving in the rain is INCREDIBLE. I also drove through mud, sand, sleet and down many dirt roads and even one Jeep trail after taking a wrong turn. This car feels fantastic off road. Even in mud there was ZERO wheel spin, ZERO movement in the wheel, ZERO sliding.
6. Headlights. I can actually see at night. They are fantastic. My old Prius might as well not even have lights they are so bad. The Jetta was okay.
7. Ground clearance. 8.7 inches. I will soon put a lift on the Subie. Small one. 1-2 inches.
8. Manual transmission. Subie offers an automatic but it’s a CVT. I’m not a fan. Had Subaru offered a regular automatic transmission I would have purchased one, but I had just heard too many horror stories about the CVT, and when this tranny goes wrong it is a very expensive replacement. i love driving, so shifting and actually working with the car is fun for me. I am a ten-year, 200,000 mile driver, so I wanted simple and durable.
9. Handling. Yes, handling. This car sits hight but doesn’t roll on corners. No idea why. It should roll but it doesn’t.
10. Sunroof. It’s HUGE. In fact, I think I pulled a muscle in my back just trying to slide the cover all the way back. 1. This car needs 20-30 more horsepower. The 2.5 engine is the non turbo, and is economical, but is underpowered. I drive slow, so for me it’s fine. If you drive like a dick you will hate this car.
2. The shift. The manual transmission feels long in the tooth, like Subaru knows how few manuals they sell so they haven’t spent much time improving the manual/clutch. It’s a LONG throw transmission, certainly double the length of the Jetta, which was also a 6-speed. I would love to put a short-shift kit on the Subie but don’t think anyone makes this for a Forester. The clutch is also a very long contact area. Could be improved.(Also tied to oil burning issues.)
3. Gauges. The simplest dashboard of any car I’ve owned and this goes back to 1985 when I got my first car. Now I like a simple dash, but there isn’t ANYTHING there. Speedometer, tachometer and fuel gauge. No temperature gauge. No oil pressure. Nada, nothing. Just warning lights when something goes wrong, and by that time it’s too late.
4. Warranty. Four years, 60,000 on powertrain. Just not good enough, when the ten-year 100,000 is standard with so many brands.
5. No manual in turbo model. You can get the Subie in a 2.0 turbo with 250 horsepower. It’s a screamer actually, but no manual transmission. And it requires premium gas. Both killers for me. I traded mileage for power and am totally fine with it, but SO many people skipped on Subie for this lack of transmission options.
6. Our culture is designing the ruggedness out of Subaru. For those of you who know, there is an entire subculture around Subaru, and a smaller subculture around modifying Subarus for real off-road use. There are several companies making aftermarket lift-kits, springs, skid plates, light bars, etc. The vast majority of people who buy Subies don’t do any real off roading, so on one hand I get why Subaru makes more spongy vehicles than they used to, but on the other hand there are A LOT of people who want to REALLY use their Subie to explore. When I see the 17-18 inch rims, street tires, lack of manual transmission options, more interior creature comforts, I feel like they are designing cars for those who lease rather than those who are buying to keep their car for 10+ years and REALLY use it. However, in their defense, all brands are doing this. But, if Subaru offered a version of their Outback, Crosstrek and Forester with a true “off-road package” it would be fantastic. Not a gimmick. Not a “concept,” but a real package with real parts for real people. Beefier springs, slightly higher clearance, 16-inch rims, AT tires, etc. In the next month I will add a trailer hitch bike rack, AT tires, new rims and a full set of skid plates. How great would it have been to be able to get this from the factory.(I’ve since cancelled my orders after having mechanical issues with the car.) And for those of you questioning this just think back to the Subies of the 70’s and 80’s which had a two-speed transfer case with 4×4 low range. When my family moved to Wyoming in the 70’s one of the real estate people showed up in a Subaru wagon. Nobody had ever seen one before. Everyone scoffed at it until we went exploring ranch property and the damn thing was like a mountain goat. Those early Subies were SO tough. Over the years, as our culture softened, and the rural regions became more developed, the brand has expanded in girth and softened around the edges. I love this car, and I plan on really using it. My mom bought a Crosstrek and loves it. I’ve driven that car three or four times, and over some rough ground, and almost bought one of these myself but The Forester is larger and has more power. I don’t go out to specifically go four wheeling, so the Subaru is about having a car that gets me to the peak, the stream, the beach or the places with no people. Stay tuned. More adventure updates on the way.

(Just got my car back after nearly two weeks in the shop. Three main issues which have really changed my opinion about this particular car.)