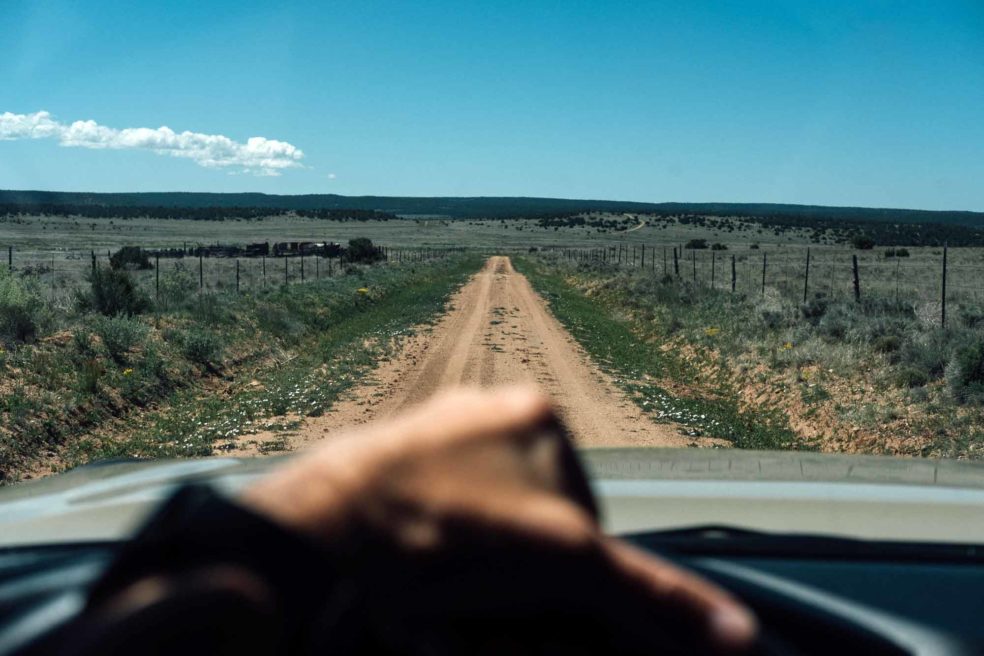 Oh man. Now I’ve done it. Now I know why I kept my Tacoma. Give me some idle time and I will find a way to torture myself. Seventy-five miles of mixed bag. Gravel, dirt, mud, tarmac with some spectacular climbs and equally spectacular descents.

This isn’t a route I intend to drive again. I was only driving so I could scout the route for my bike. And scout I did. What an incredible area this is. And the road conditions are fantastic. Two days after a heavy rain, so there were patches of deep mud but mostly it was hardpack. Ten miles from town the dirt starts and doesn’t stop for another thirty miles, ambling through rolling hills and ranch land. I never saw a single other vehicle.

My route then returned to the pavement. I tried to link back up with the original dirt road, and in doing so drove some truly rugged stuff. Deep mud, rock, off-camber ruts and twisting axle breaker washouts. The truck never seemed bothered outside of some squeaky springs. (I accidentally left my GoPro suction mount at home otherwise I would have filmed the bad sections.)

Now, I’m going to need to train for this baby before I can swing it in one shot. If it was flat, no issues, but it is FAR from flat. And the wind. NEVER forget the wind. There is no place for water or food for at least forty miles. And no cell signal the entire way.

So, my immediate plan is to ride out and do the first thirty miles which is a combo of paved and dirt. See how it goes. I’m in love. And this route is SO close to Santa Fe but feels like you are in the middle of nowhere. It basically circles Rowe Mesa. You end up in Pecos at one point, and I think I actually figured out how to link back via the dirt but I will have to make one more scouting trip. Onward.