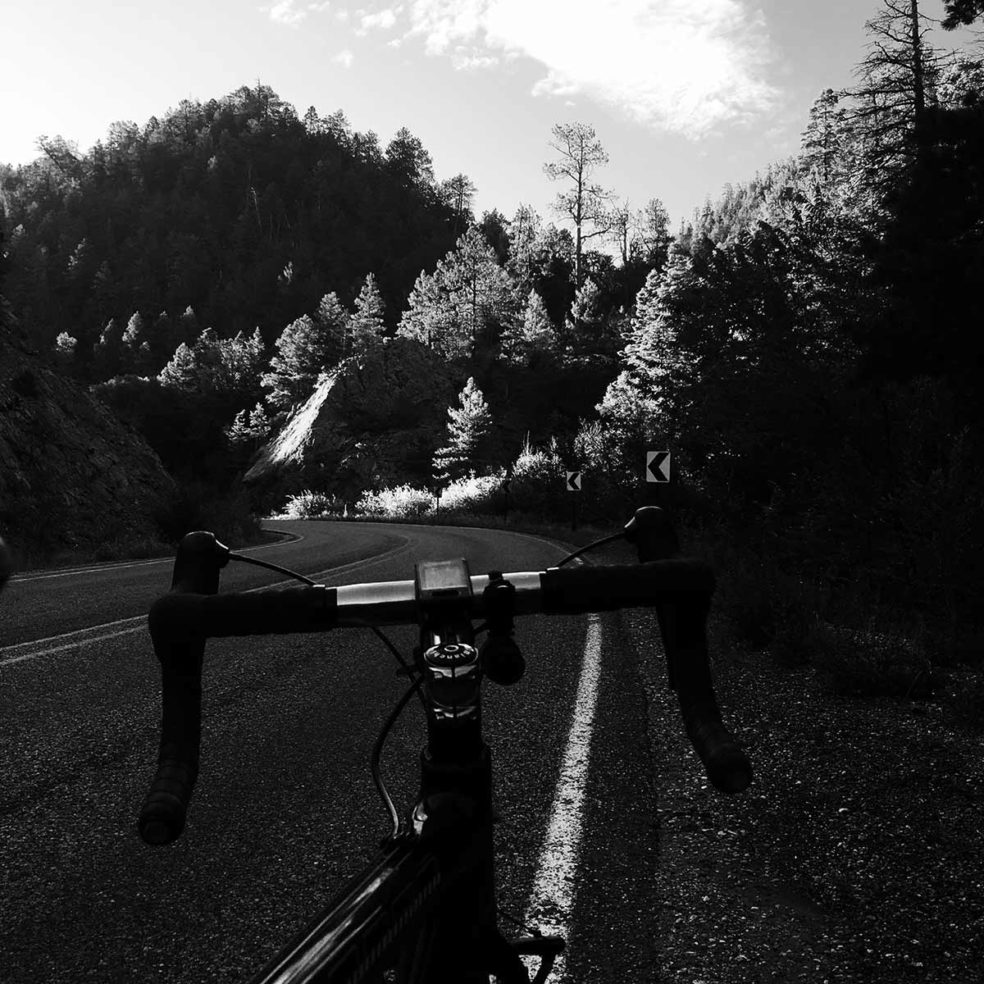 Lights on, helmet, two layers and up I go. And up. And up. 10,300 feet. Not that high. I’m never bothered by the cardio, but I ride harder today and my legs feel it. I also don’t have my trusty electrolyte mix and I can feel my legs not getting what they need from straight water. I eat a gluten free, blueberry…..thing. And a Gu pack. And some water. Yes, I ate it.

Looking straight down I just grind it out. Suddenly there is a brown furry thing about two feet from my handlebars. It’s big and it’s not moving. Bigfoot? Black bear? Chupacabra? Nope. Sizable mule deer buck and he scares the living shit out of me. He never moved. I could have touched him. Either he was super cool or he was super high. Never know. 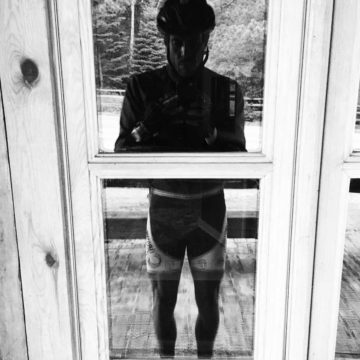 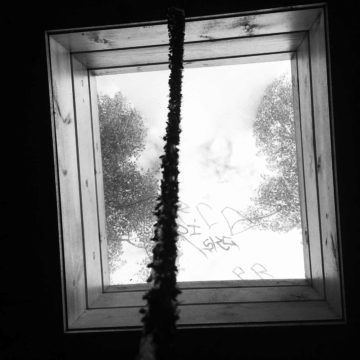 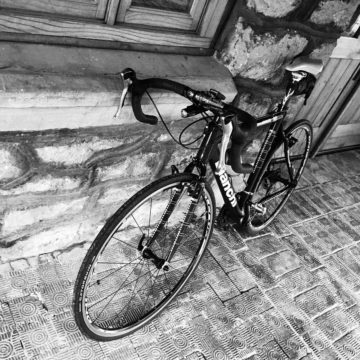 The road is deserted. This early the campers are still asleep. It feels like the morning after of the battle scene in Platoon when Charlie Sheen is just walking around bleeding trying to get his bearings. Small smoke circles wafting up through the trees. I didn’t find an AK, and I didn’t see Tom Berenger, but if I had I would have smoked his ass. Only thing that can kill Barnes is Milnor in lycra. Weather report was for full sun. It’s cloudy and halfway up I can see my breath. My sweat is now cold on my body. I ride harder. And then I come across one of the best scenes I’ve ever witnessed. Pulled off the road is a battered Hyundai. The driver has found a patch of dirt, not an official campsite. He looks like he just hit the wall, literally, and fell out of the car. He’s sleeping, on a sleeping bag that is littered with beer bottles. His sleeping bag is covered in frost. He has some sort of patch over one eye, and he is dead to the world. If someone went off the road by five feet they would run over him. I think about stopped but am at the steepest section of the entire ride. Wind and weather at the top. Looks like rain and my kit dries in about five minutes. It’s cold, for me. I eat most everything I have left, take a look at the threatening sky and make the jump to light speed on the way down. By the time I hit town it’s sunny, the plaza is packed for an art fair and the sun burns a hole in my back.