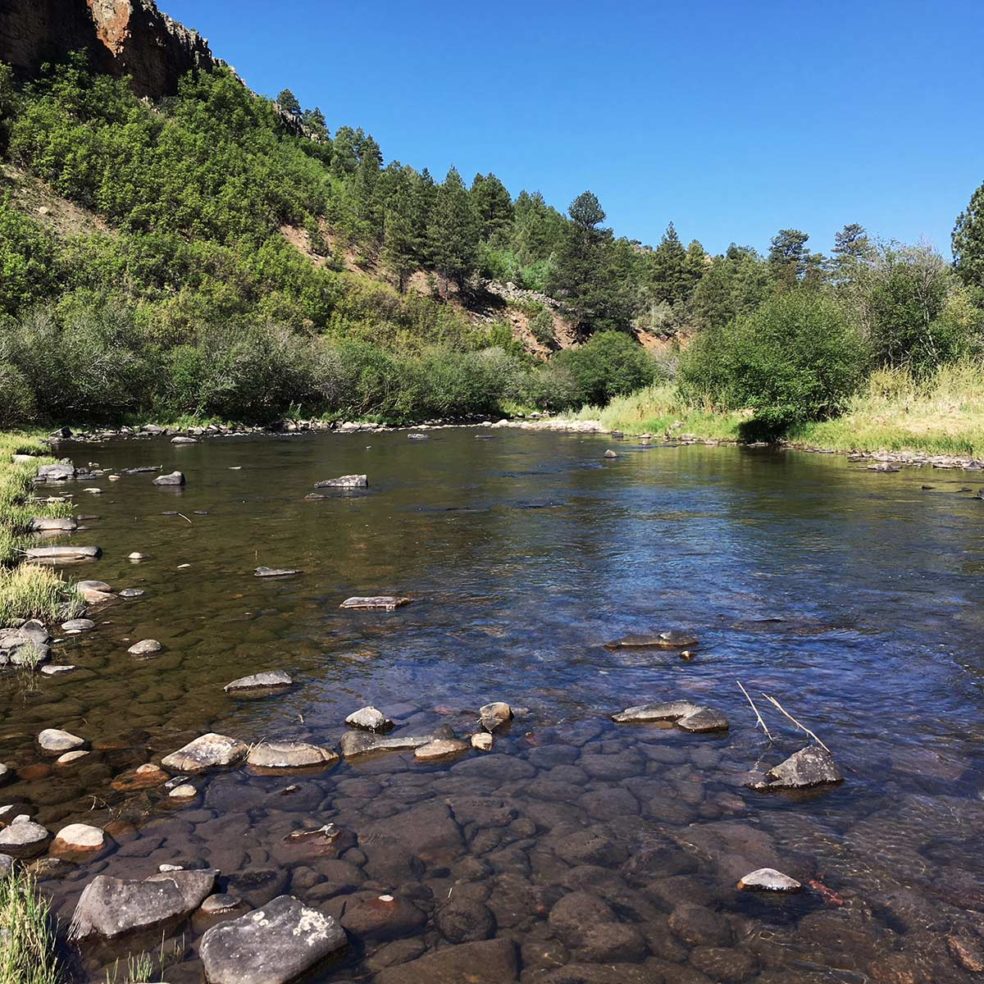 Up early. Up north. Fires rage to the south, east and more north. Huge smoke plume through the bug streaked windshield but the white mushroom is moving in the other direction, for now. We are dry here, so dry that the national forest was closed at 8AM yesterday morning. After the holiday weekend the Forest Service found one hundred and twenty illegal campfires, so for the actions of a stupid few we all suffer the lockdown. My plan to hike Baldy will wait until the rains come, if the do.

Driving up the guts of northern part of the state. A straight line, then the bends begin. Climbing for a hundred miles. The truck shifts and shifts while the landscape changes and changes back again. Green on red on white on brown. The palette of Enchantment. 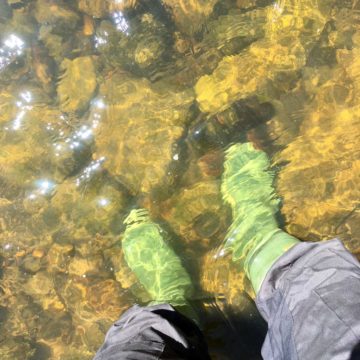 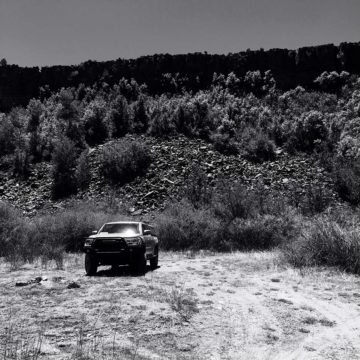 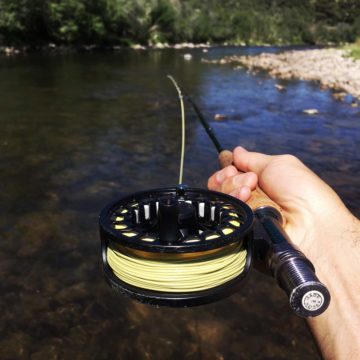 I miss my turnoff, circle back, slow the truck and drop the front tires off the tarmac and into a cloud of silty white Earth. Slow going, engine straining, new suspension working it’s magic.(If you are on the fence about suspension upgrade…do it NOW.)No way to turn around on this Jeep track. Up and over and over again. Twisting, winding but suddenly I see the twisted mesa and know that below it sits my prize. The river.

My rod is already rigged and ready. Boots on and I’m in the water less than three minutes after the truck sputters to a stop. Dry fly. What else is there? The river has dropped, a lot, even in the last few days, the shoreline muddy still. It’s been a while since I wet a line, so I think I’ll be out of practice but I’m not. Remember, you aren’t throwing the fly you are throwing the line, and it feels so good. There is one other human in the area, but that’s it. Just one for miles. He’s cool, from Colorado. Gives me a Gatorade and we talk about how it’s becoming much harder to find fishable water. Much of the best water has been bought up by the millionaires who were bought out by the billionaires. He talks of the memory of paying $14 per night for a cabin up in Colorado. The same cabin now sells for $500 per night, and even at those rates it’s packed and crowded. 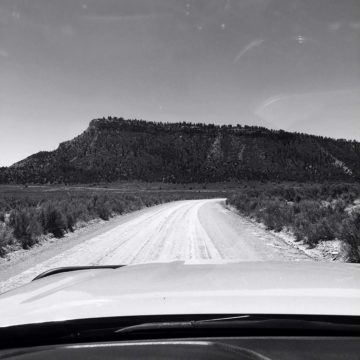 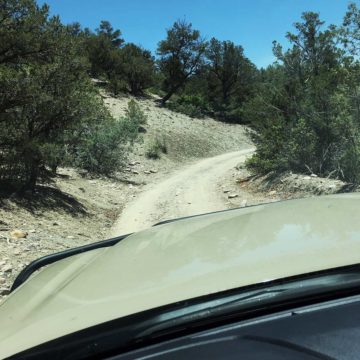 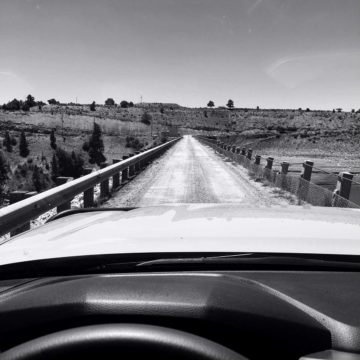 Sun to shade then sun again. Looking for pools of quiet in the swift moving stream. BANG. A strike. Fish on, then off. Barbless hooks, too much slack in the line. Turns out I am rusty, but I don’t care. That’s really all I needed. Proof that I was in the right mindset to blend here. I know my prey, but just enough to get their attention. I don’t need to ruin his/her day. Line to tippet to fly.

Hours pass. A half a day, without food, water, you, work, life, the world. Nothing. Just this place. It demands and deserves everything I have. There is such beauty here, for now. The truck rumbles to life. I turn right, not left and take the long way home.