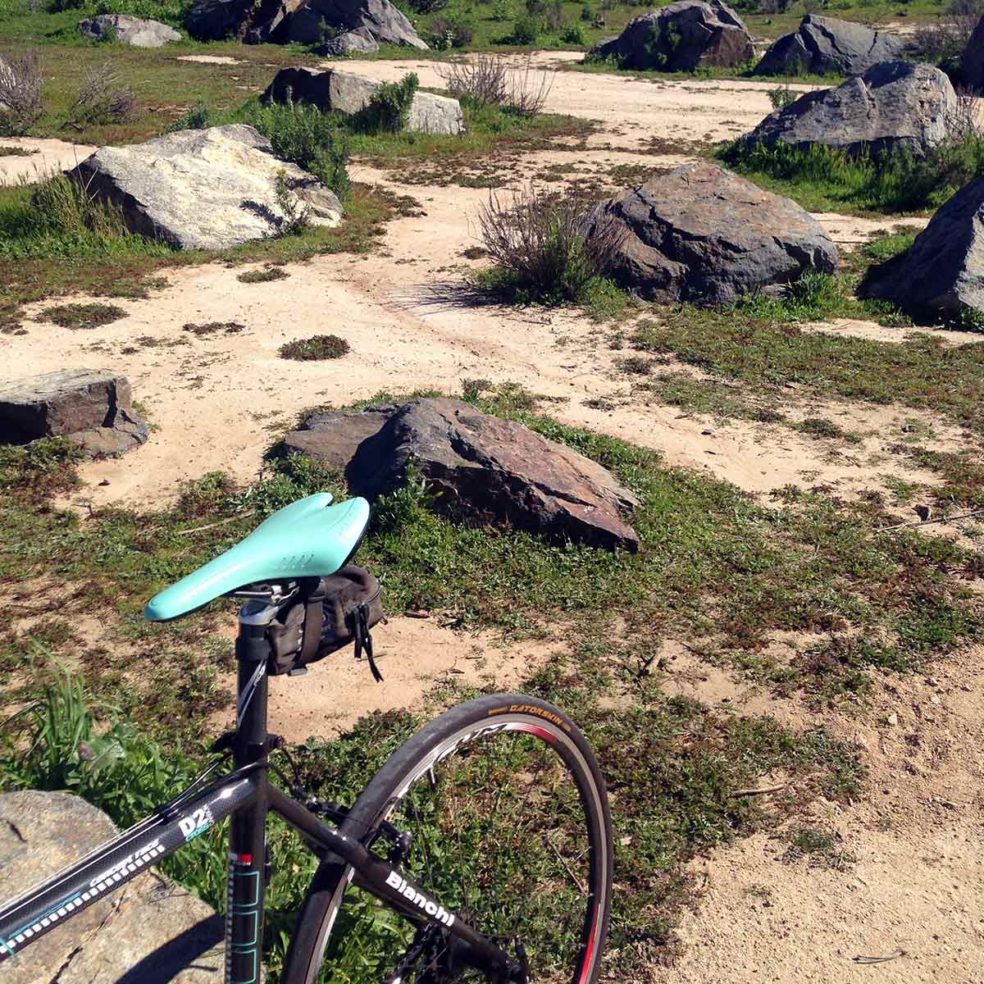 For those of you who don’t know, several times a year we get what is called “Santa Ana Winds.” Instead of the primary wind direction coming from the ocean the current reverses and the wind comes from inland. Now, to be perfectly honest, Santa Ana Winds make everyone slightly crazy. Sometimes a lot crazy. People are on edge, testy and prone to lashing out. The wind coming from inland is DIRTY wind. Smoggy, filled with sand, grit, heavy pollution and intense heat. Most describe it as just “gross.” It’s also one of the worst times to go cycling.

With that in mind I jumped on the Bianchi and attempted a casual 25 miles, but with a new twist. RIDE SLOW. As slow as possible. Normally when I ride I get my heart rate and legs right up the breaking point, back off ten percent, then maintain that as long as possible, but my current health level doesn’t allow for that, so ride slow was new to me.

Twenty-five ticked by, then thirty-five, and I still felt great but decided to shut it down. Now I wait for the fallout. I had my recovery drink. I have oodles of water at hand. I’m in lotus hovering above the ground and a butterfly just landed on my hand. Full disclosure, I’m taking creatine once again, something I haven’t done since college and Keto Force, and on Friday I had two hours of IV treatment which both makes me feel fantastic and makes me realize I’m probably dehydrated most of the time.

Let’s face it people riding a bike is a grand thing. No matter your distance or skill level. Just getting out into the world with the wind in your face, Lyme or no Lyme, is time well spent. Oh, check out the image below. That’s not Utah, that’s the OC. Snow on them there mountains.