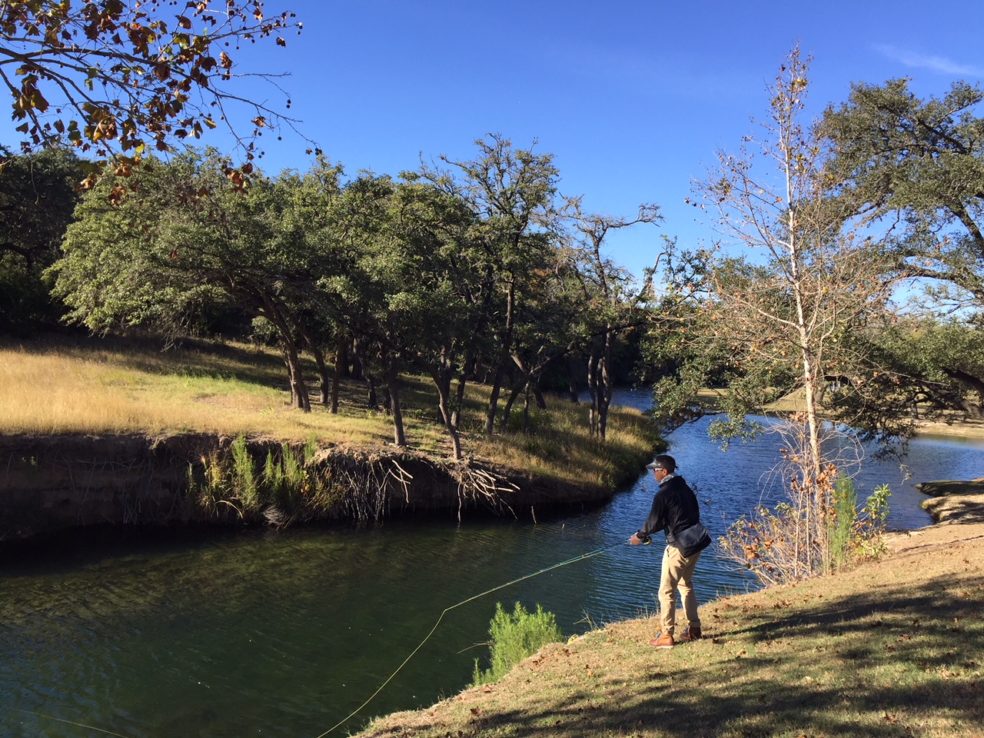 Deep in the heart of TEXAS…..

Because I wanna catch fish?

The outdoors is one of those things I find intensely amusing. Some people are very attached to being outdoors while others feel discomfort even leaving the pavement(I once had a student from New York City FREAK OUT in Galisteo Basin because he didn’t have any buildings overhead.)Me, I don’t care which catagory you inhabit, or skirt, or call home. I just hope you are happy, helpful and driven, and if you do have an interest in the outdoors I hope you give it the attention it requires.

My love of the open spaces comes from my parents and from where I grew up, and I guess you could also throw in the era I grew up in. A time when you could go outside without much fear. No laced pixie sticks, no razor blades in Halloween candy and not much stray fire, at least not that I remember. We had “Pong,” which was clearly the pinnacle of technology, but I was outside all day everyday, and the idea of being inside, or inside on a screen, was associated ONLY with being in trouble.

My parents were hunters, going back to the late 1960’s. Mostly deer, antelope and elk. Mostly Wyoming. They were also river runners, hikers, etc. They once ran the Middle Fork of the Salmon in Idaho the week after Sir Edmond Hillary lost several members of his crew to the river. My mom remembers seeing their clothing and supplies stuck up in the trees along the banks. It was a serious run to say the least.

And my parents were/are fishing people. (Dad is pushing up daisies, mom is kicking ass still.)

I always find it humorous to talk the outdoors with city people. Normally when you mention hunting and fishing you get the eye roll or the “disgusting” comment as they take a bite out of their burger or veal cutlet. This bugs some people but I understand it. It’s familiarity. And knowledge. Or lack thereof. I’m a meat eater although I’m really cutting back and could see myself going cold turkey one day. Get it?? Cold turkey???? I’m so witty. I feel better eating lighter, especially as I get older but occasionally, like this morning, I feel the need to eat an entire package of bacon. True story. HOWEVER, these moments are getting fewer and further between.

I was never much of a hunter myself, and when I did hunt it was mostly birds. Dove, quail, duck, geese, pheasant, chukker, etc. And within this range it was dove and quail mostly. Nothing like game smoked in a smoker all day then consumed under the stars of a remote South Texas sky.

I fished a lot. And still do whenever I get the chance. Most of the time I catch and release, but if there is walleye on the line then all bets are off. They will die and I will flex my food chain muscle. The best eating fish I’ve encountered.

Fishing is meditation for me. At least I think so. I don’t care that much what I catch or how many. I love light on water, wind on water. I love the hike in, the mountains towering overhead or the vast plains in front of me. I love the sound the line makes in the air. The drag on the reel and even the ping my sixty-year-old flybox makes when I open it to try something new.(The box was my grandfather’s, then father’s and now mine.) Maybe I’ve always loved fishing because I’ve always been pretty good at it. I’m not top level, not by any stretch, but I catch fish most times, even landed a Canadian Master Angler prize or two(pike,smallmouth bass). I’ve also had some saltwater moments. Big snook, grouper, fishing with my dad and grandfather. But again, these mean little other than fodder for ribbing those I’m fishing with. Like my mother.(She deserves it.)

The last fifty years has seen a human migration unlike any other in history. We morphed from a country people to a city people. Worldwide. There are some that say the only way for humans to survive in the future will be in high-density, urban environments. I for one am glad I’ll be gone. For me there is no substitute for nature, for open space and for the rhythms of the natural world. When I’m in these places and spaces it’s clear I’m the object that doesn’t belong. The rogue species, soft and inept, leaving traces.

So when I leave these moments behind I tip my cap, say thanks and I take a moment to acknowledge how lucky I am.